For a while now the sound design was pending a huge overhaul even since the beginning. There were many key points that me and John had with sound early on and they were addressed in the past couple of builds where things really started to pick up a couple of months ago.

The explosions, lasers and overall sound of delicious treats having a go at each other in against an epic space battle foreground was much better, though looking into it a bit more it seems that things may need another update to the sound design.

Producing music and sound are two very different things although many audio producers/composers end up doing both. It should never be assumed that a composer or a SFX designer could do both right off the bat, but there are some including myself who are adept in all areas of general audio.

First I'd like to present some of the tools I've been using for both SFX and music: 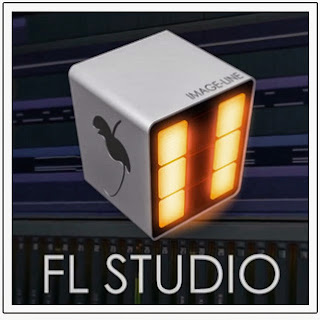 FL Studio is a very versatile program used by mostly electronic producers but it is capable of handling any type of project and workflow. 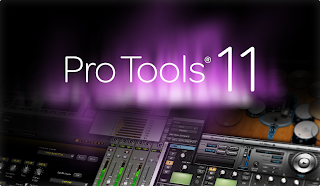 Pro Tools to me is more of a post-production and mastering tool  as I usually only use it towards the last steps of completing a music track or sound effect layer if needed.

John initially came up with the idea of creating a soundscape in the background to complement the overall feel of a large scale space battle without having all of the sounds going on drowning everything around you out and possibly blowing out your speakers. There is a lot going on, but that's not a bad thing for the gameplay at least. As far as sound is concerned, everything is making a sound no matter where you are on screen and though proximity is something that is figured into the sound engine it can still be a bit much. Currently a under layer of sound is in progress. --Ideally you'd only hear a very small fraction of what's actually going on, so you'd only really hear what's happening around you. This way it's less muddy and will probably sound a lot better, but the problem with that is there is way too much else going on and will sound more empty than the game actually seems with all the action going on. Creating this "underlayer" will constantly be looping in the background to create an audible sense of the epic space battles to complement what's happening on the screen.

How is it done?

Anyways, I started with creating my own layer of orchestral sounds to create something that most people would think is "space music" or "space pads" which is mostly ambient sounding. Musically speaking it's pretty much polychordal and clusterous textures. Though it seems like a lot of instruments, the contrasting sounds of each orchestral instrument help to create a better ambient. I could've used some electronic pads but I wanted to try something that sounded a bit more natural this time around:


HERE COMES THE BOOM... and Sprinkles...
Nothing like a good old epic drum sample library to bring some boom to the explosions. I am using this to create distant explosions. I went with a low rumble sound with a bit of a kick to create the sound of exploding deserts happening from a distance. 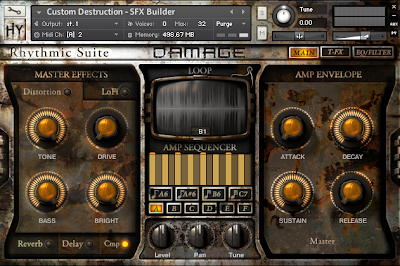 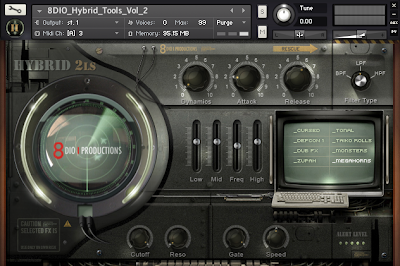 
Sound effects and putting that cherry on top...
Like I said SFX is getting another overhaul, but it shouldn't be too drastic. One problem is too many sounds playing at once and blowing out your speakers... With some compression on some of the effects that would help to have more sounds playing at once without going over the decibel limit which would cause your speakers to "clip" or in an extreme case; blow out.

There are many compressors, limiters, and maximizers out there, but here are some that I use:

The first one here called "Sausage Fattener" is revered to be one of the best maximizer out there and surprisingly it only has two knobs! It's been highly praised by many professionals in the industry. This plugin ismostly used in hard hitting dance music but it works in this case as well. 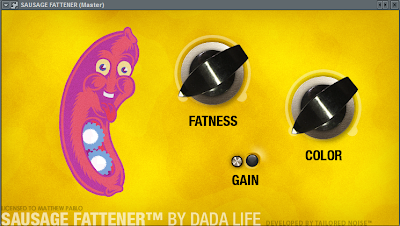 
URS Strip Pro is another highly revered plugin used by industry professionals in across all genres and styles of audio production. Extremely versatile and will make any uncompressed audio track sound great. Season to taste! 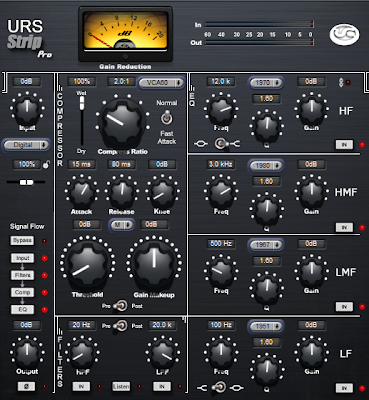 Getting closer to the final product...

I'm a lot closer to a final version of the soundscape and will probably create similar variations to make sure things are always sounding fresh rather than repetitive, it should sound natural and unnoticeable which will help with creating a more immersive sensory experience with Galactose.


A closer look at the workflow in the playlist editor in FL Studio: 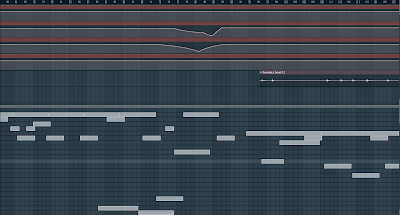 Well, that's all I have for now, there will be many more coming updates here on the blog from me and hopefully a new build with some of the implementations from some of the work I've shown here today!

As always check out my music website for new music updates and to see what else I'm up to in the game and film industry:
http://www.matthewpablo.com

I hope that you enjoyed looking into the sound design of Galactose today with me. See you at my next update!
Posted by MatthewPablo at 11:41 PM